While the equestrian community has been distracted with front page headlines, another dark problem has surfaced to test the tepid waters within the USEF.

I admit I was super excited to see the lawsuit from Dr. Cornelius Uboh to the USEF. He was requesting a jury trial and it appeared it was either a very good tactic to get attention, or there really was a case for a jury to consider, and jury trials are inherently more financially draining, so what a chance to severely impact the Federation. Dr Uboh used the press to further the mystery by announcing his intent to sue and it was pretty widely publicized.

Dr. Cornelius Uboh was hired by USEF in the midst of the Glefke/Farmer case, which gripped the country for months, and thrown into a debacle of monumental proportions. He came from Pennsylvania where he was the director for the Pennsylvania Equine Toxicology and Research Laboratory. In 2014, he was fired from PETRL for reasons unknown.

If I have to refresh your memory, in 2016, USEF attempted to capture who they thought was an alleged ‘cheater’ in the hunter world by finding a positive GABA result with some random horse competing in Kentucky under the training of Larry Glefke and ridden by Kelley Farmer. Murray Kessler issued a proud statement that went to everyone’s email inbox (who was at the time a member of the USEF), including Larry and Kelley. The country became split in half trying to guess the details of the situation,  watching as the couple vehemently denied the use of GABA and denied ever hearing about the charges. They lawyered up with a highly proficient team, and we all witnessed history as the case essentially ‘brought the house down’. 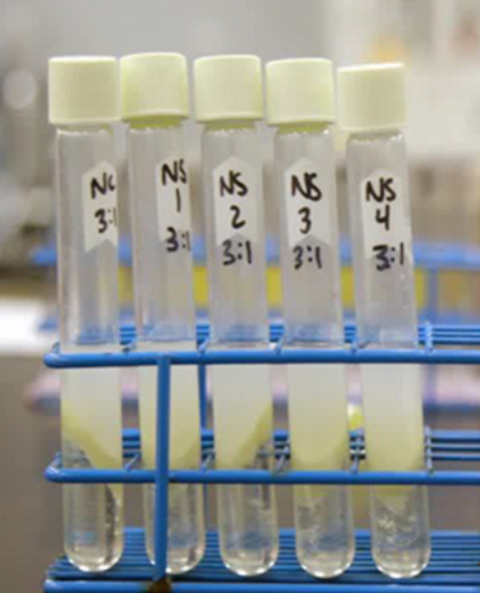 Larry and Kelley were cleared of any wrongdoing, and the leaders of the USEF had to apologize to the members, and admit things didn’t exactly add up. The case was pretty sensational, right?

According to court documents, Dr. Uboh did not want the B Sample tested at the same lab the A sample was tested, but insisted on retaining a completely independent lab with International approvals and on par standards. Remember, he was hired following the actual urine and blood collection of the Glefke horse. However, as we all know, Glefke and Farmer insisted on having the B sample tested in the same lab, and someone told Uboh to sit down and shut it, and the greatest debacle of all time unfolded in front of everybody’s eyes in stunning fashion.

Well, of course, someone had to take the fall. Initially, my money was on Stephen Schumacher, who I felt was capable of spinning fabulous tales and leading people away from the truth, especially when I sat down with him for an hour during an annual convention in Kentucky. I wanted honest answers for members, but he managed to muddy the waters even further by redirecting the conversation away from GABA and the Glefke/Farmer case, and refusing to be recorded in any kind of interview. However, leadership decided to head down another path, and accuse Dr. Uboh (who had probably never heard of Larry Glefke or Kelley Farmer) of all sorts of horrible offenses during the handling of the B sample.

What we eventually witnessed instead was the complete destruction of the current USEF laboratory and the start of a new ‘relationship’ with University of Kentucky.

The Lexington Herald published this : https://www.kentucky.com/news/local/counties/fayette-county/article224568945.html?fbclid=IwAR14Fw_J1VpJoiO9H4UCY2z1pQ1Vp2XlCXsG2fXdkzg1AxRF-j3Tc2tPTYA

So, of course, I was disappointed to see the settlement. The whole case was bizarre to begin with, in my opinion, with motions to remand to federal court so Dr. Uboh could utilize a “citizenship tactic” (denied), constant denial of all allegations for the defense (really?) and even a point when it was looking like USEF was insinuating the former lab director was lying in the lawsuit, based on previous statements taken months earlier for the hearing (yikes).

Little has been published about the outcome of Dr. Cornelius Uboh at USEF, and just try to get him on the phone, or track him down by email, to get a response. I tried, and ended up nowhere. I mean, I have questions. How do you go from requesting a jury trial to a settlement that quickly? It was like, maybe 6 months? Are you happy with your compensation during your time at USEF? Did they offer anything in the settlement?? i know, i know, none of my business..

The interim lab director Dr. Rui Yu took over for Dr. Uboh in February of last year, 2018. He had only started working in the lab as a scientist in October of 2017, so had only four months to get acclimated. Meanwhile,  negotiations were starting with University of Kentucky and ideas tossed around about how to solve the outsourcing of drug testing for the USEF. In fact, Tom O’Mara headed a task force to explore all of the options. University of Kentucky would eventually purchase the USEF lab and continue drug testing under Dr. Scott Stanley, who comes from a previous teaching position in California, at UC Davis. Meanwhile, no one gave the interim lab director much thought, especially the membership. Why would they? New protocols were set in place, people started paying more attention to drug testing, and improvements were being  made. Testers actually started the use of gloves in the collection of urine and blood. ( i know right? impressive)

So, why would Dr. Rui Yu suddenly send out this letter this week?

To Whom It May Concern,

This letter is to inform that the signatory, Dr. Rui Yu, would like to officially suspend and withdraw all the signatures that were signed during the period of February 1, 2018 to July 9, 2019 (before the lab was sold to University of Kentucky), which includes but not limited to any data reports, show reports, testing reports, positive packets, affidavits, etc. related to US Equestrian Federation USEF and all other outside organizations including FEI, AQHA, NRHA, WPRA, AERC, etc.

Most importantly, the purpose of the suspension and withdrawal is to protect and help everyone including USEF, other outside organizations, the signatory, and former USEF laboratory employees (now UK employees), also be fair to horsemen and competitors, as well as providing fair competitions and testing results. The reasons include potential violation of A2LA accreditation (ISO 17025) as well as other serious flaws. USEF refused to admit that their CEO (William Moroney) assigned and authorized Dr. Rui Yu (LC-MS Scientist) as the Interim Laboratory Director to perform majority of the lab director’s job duties and be responsible for all signatures, regardless what the confidence level was and right after the former Laboratory Director was fired on Feb 1, 2018. USEF’s action seriously compromised the whole laboratory accreditation and assumed that no one in the laboratory was in charge and performed decision-making and management for more than 16 months. USEF also questioned Dr. Rui Yu’s qualification and experience to perform the Interim Laboratory Director position during the negotiation of proper compensation (USEF paid zero), which seriously compromising the validity of any documents that Dr. Rui Yu signed during that period.

All the administrative officers (from USEF and other outside organizations) must hold or revoke all related proceedings and cases due to this suspension and withdrawal. And the administrative officers are responsible to inform your members and competitors. The suspension and withdrawal will not be revoked by the signatory Dr. Rui Yu until the end of investigation on USEF by EEOC, HRC, or legal measures.

This notice of the suspension/withdrawal are effective from August 19, 2019, and will also be forwarded to other organizations and to Whom It May Concern.

USEF broke promise to compensate Dr. Rui Yu for over the 16-month additional Interim Lab Director job, and further retaliated (suspension and elimination) Dr. Rui Yu like flipping hands. UK may also participate in the under-the-table deal with USEF and removed Dr. Rui Yu’s position and job application after the USEF laboratory was sold to UK. No honest person or company with dignity and respect would keep doing evil and wrong things over and over and over again. Therefore, be careful doing business with such persons or companies in the future.

Is he mad? What does this even mean? Is this an incredible coincidence or just another disgruntled employee? I mean, to me, it sounds like a bad song being played on repeat, but it is disturbing on many levels. Additionally, his actions would threaten the validity of hundreds of positive drug tests over the last 16 months. Can that happen? Or, maybe there is a way around dissolving 16 months worth of work so a few hundred lawsuits could be avoided. I have no idea. But that email went to the FEI, NRHA, WPRA and the USOPC, so he is clearly trying to raise a red flag here.

And did they really not pay him?? Come. On. WTF.

Sure, maybe he is a little sore because he wasn’t brought on to the current UK lab, but retaliation like this means he is deeply disturbed about what happens in house at USEF. “No honest person or company would keep doing evil and wrong things over and over and over again”

Do you think he watched what happened with Dr.Cornelius Uboh, and thought “my God, that better not happen to me!” And then it did, and he was like AAAAAGH!

I think we have a lot to be worried about with our equestrian Federation, or maybe it is just me. Like, are we going to assume every time something goes wrong with a drug violation the lab director is going to take the fall? Guinness Book of World records for Lab Directors, ha.

I wish Dr. Scott Stanley the best of luck then, but I hope he is watching his back.