Looking around at the people trying to bring some sort of integrity back into the horse show industry, I am amazed at the struggles they face. Are people with integrity really that outnumbered?

Europe started microchipping horses 10 years ago, to cut down on any confusion whatsoever regarding the identity of horses being bred, shown, sold, and shipped, and now almost all of their horses are currently carrying a chip rather than a tattoo or brand. EU horses (and all equidae)  are issued a ‘passport’ documenting all vaccinations from birth onwards, and all foals are issued a chip at the same time as the passport.  It doesn’t seem to be that much an issue for people who endorse it, yet confusion concerning it pops up almost immediately here in the States. Is the confusion a society thing? a Trainer thing? or a horse owner thing?  We are not likely to see the requirement of passports for our horses in America, however, the need for the microchip is quite real and should be an eventual mandate. and it is cheap. a cheap chip.

Keep in mind passports are required in Europe to ensure horse owners are vaccinating their animals. There is no argument here. Horses MUST be vaccinated. It is not a ‘constitutional right’ to be an irresponsible horse owner when it comes to vaccinations. EVER.

Our slowness to accept microchipping in horses is mind boggling. We chip our dogs, why wouldn’t we chip our bigger pets? If we are considering them as sacred as the cows in India, ( i.e.: refusing to slaughter them ), and keeping them forever in our backyards, it would be logical to want to protect them from things like theft, kill pens, hurricanes, fires, and spread of disease by sticking a microscopic information tool into them for a tiny ONE time cost and call it a day. Maybe because people can’t do it for themselves? There is no obvious shortcut to save on a $60 chip? Fear of it moving about inside the horse? REALLY? Irregular movement might have occurred with one or two animals in the beginning, but seriously, the technology has matured at a rapid rate since 2006.

I also personally feel any veterinarian attempting to remove a microchip should be fined 10k and license revoked on the spot. This is what the general population would consider an unethical business practice. Any cell phone footage leaking to youtube can guarantee an investigation. Do not be tempted by a bribe, please. I don’t care how much business you get a from a fancy show barn. You did not come into the business of being a horse doctor to eventually become an expert at removing microchips.

Shipping companies, especially smaller ones, could potentially have ZERO mistakes with mistaken identity with the wave of a wand, vaccination records could be stored to minimize multiple outbreaks of EHV-1 for example, causing expensive and harrowing quarantines, and horses that fall into the wrong hands could be found, identified, and the wrong doers hopefully held responsible. If you don’t think horse theft still exists, you aren’t really awake, are you?

Maybe it is the culture of how we go about asking for change. In Europe it was not left up to the riders to decide if microchipping should be required, but rather the major organizations (European Union), including the FEI, declaring ALL competition horses be chipped so the domino effect led to almost every single horse and donkey over there wearing a chip. Breeders need recognition, so they have no problem identifying their horses if it is felt their progeny has potential in sport. Don’t forget ALL of our horses, including American bred horses, are going to need a microchip for international competition.

In America, we seem to be leaving it up to a rule change proposal, not an actual mandate from the USEF, which may be slightly ridiculous, but the very least we can do is commend the people recognizing the need for change, and get behind them for pushing us into the current millennium. Evolving. Erasing the chances of confusion about horses competing in incorrect divisions. Age discrepancies would not be an issue either….. Once the major horse organizations are on board, the domino effect will occur, and eventually we will be able to control overbreeding in certain areas (omg!) of our horse industry.

Conspiracy theories about the eventuality of people being microchipped by the gov’t is especially favored by people watching too much television. Trust me, the gov’t doesn’t want to know how much time you spend in the casino. or with a hooker. in a brothel. at McDonald’s. speeding. no one cares.

Some horses can change color as they age. Grey horses are notorious for looking completely dark and steel upon birth and a few years later almost white. So you send a grey baby away to be broken, trained, shown, and you pop in to take a look and it doesn’t resemble the horse you put on the trailer a while back so you are to completely to trust the word of the person standing there telling you it is the same horse??

Maybe this is not the kind of person you are, but your neighbor might be, do not discard the possibility.

What happens when you send your beloved horse to a retirement home and want to pop in and check on him, only to realize the owner wasn’t exactly truthful about the operation she was running, and your once adored show horse is not at all recognizable? hmmm, that never happens.

This would be a good time for you to ask the right questions, look for that education. The Jockey Club is already moving forward with microchipping, the AQHA mentions this statement online (www.aqha.com)  “CHRB staff also reported progress in the Microchip Pilot Project, which is developing techniques for horse identification and tracking purposes, as a precursor to a possible regulation that would require all horses racing in California to be microchipped.”   The USDA is discussing it for all livestock in the States, particularly animals traveling between countries (this is to protect you, hello), and when I talked with the two biggest shippers in the horse industry, there was agreement that it held nothing but benefits, one particularly stating that he would love to never have to photocopy a yellow coggins page again in his life because have you seen what the photocopier does to them?? NOTHING! it is a virtual Satan trick to get an actual LEGIBLE copy of that damn yellow carbon paper.  Ugh, so 20th century. Kudos to the electronic age, and I commend digital access to coggins paperwork, however, storage in a microchip is the simplest solution for the way forward.

I don’t really understand the dragging of feet for this movement. There are even people in the cattle industry using the technology for identifying their own steers in massive herds to prevent people from switching out ear tags, or getting confused about who owns who. Logical.

Challenges are not new in America. When cars were introduced to replace horses for transport there were similar reactions, but look where we are now. I bet you have a car. Certain states are mandating microchips on small animals, the trend will continue, and it is very possible we will be looking back in twenty years, saying what took us so long?? 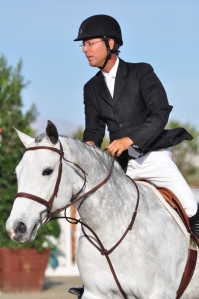 8 thoughts on “Reining in cheating?”